during our most recent campaign of Descent, we took on the labyrinth of ruin, which led to a few new character choices. my youngest always seemingly picking characters that are hard to play and require a little more oomph to the character building and style of play, she went with... 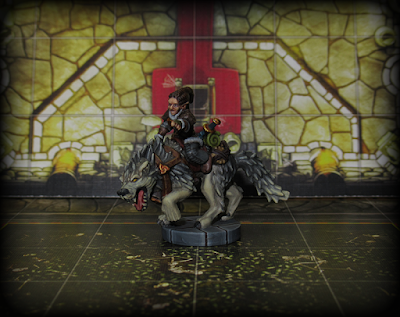 luckily i actually wanted to paint these two up, and was quite happy how they turned out, especially on the wolf. assuming this is Rakash, they kind of suffer from Ant and Dec syndrome to me, i dont know which is which. 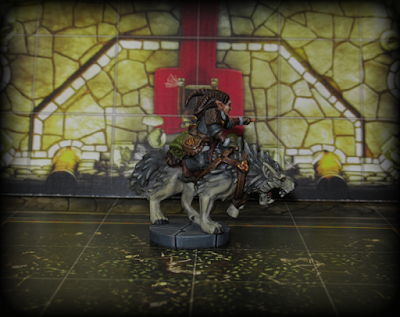 For me i wanted to try something slightly different and went with.. 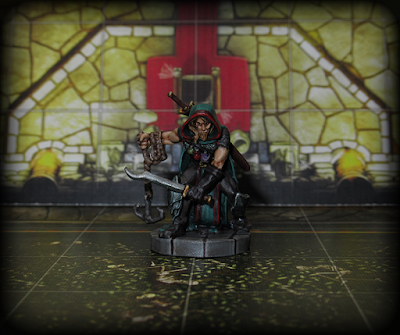 this guy is some sort of Batman ranger type character, i chose him as a treasure hunter and actually had some great success with him once separated from the rest of the group. 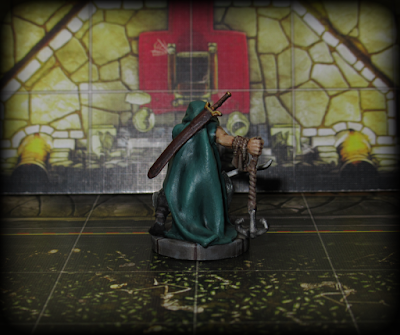 again he turned out ok. and was kinda fun to play, although his heroic trait would be much better fitting for the road to legend app, i still managed to make use of it in one or two places.

sadly we lost out on this campaign on the very last mission, which was a bit of a drag as we had won a large majority of the quests over the entire campaign,

so our next campaign see's us tackling Heir of Blood, which i had to purchase because i have an older print of descent. however its a quite nice little hardback book so it isnt so bad.

so in come some new characters, my youngest daughter wouldnt play until i had painted her character 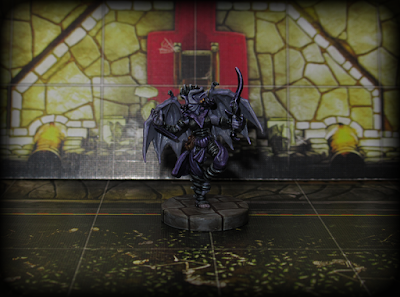 and what a pile of shit she was to paint too..purples and blacks. yup i should really of gotten a little more creative, but i was generally sticking to the character artwork. but should of added some source lighting...truth? i didnt want to paint her anyways! 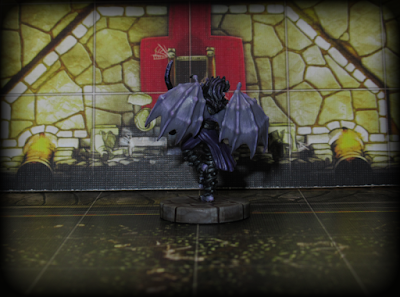 and then in the end she chose seer kel instead. so i painted a mini i didnt want to paint and it just ended up tossed in the pile of characters.

for myself though, i really wanted to go with a mage type, but ended up going with another character from the warrior class that i havent used yet. so also painting up 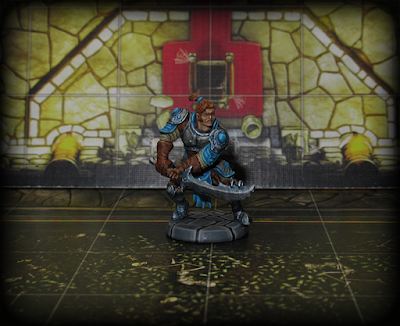 sadly he is one of the older design of miniatures and is pretty small. the mini for this guy (who is pretty much a BEAST of a champion) is not worthy at all, but hopefully i have given him some justice at least with the paint job. 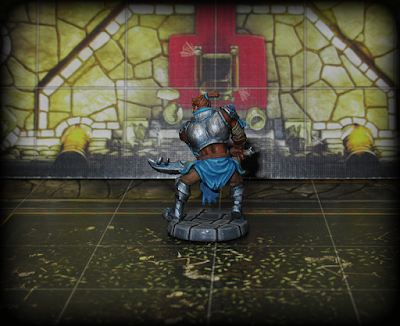 at least i was pretty happy. and he seems to be cutting it up after the first quest of the campaign.

ill be painting more of these guys up as we play through. i seem to have enough time on my hands haha