So, what a weird year its been so far huh?
some might want to just scrub this year off and pretend it never even happened.
and at the beginning of this whole isolation thing i assumed i would be bored rotten and be diving headlong into anything hobby related to occupy my time, however the complete opposite happened. and whilst we did delve into playing a few games here and there, the entire last 4 months have been spent what i will value as quality time with my entire family.
however i did manage to revisit my warhammer quest project, and tick two of the monster types off my list.
so ill take all of the above for certain. 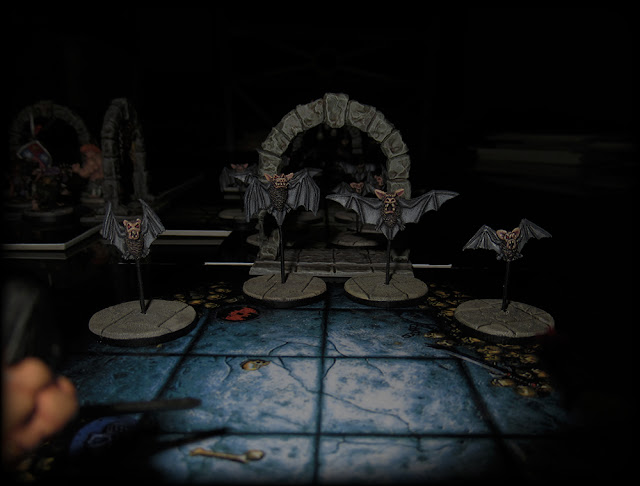 First up i was able to strike off 12 giant bats.
unfortunately all the numbers for warhammer quest go upto 12, yet most units you are able to purchase only have 10. so i had to cast up 2 duplicates, i also had to repin these to the bases due to the incredibly flexible pikes things that they are stuck on. 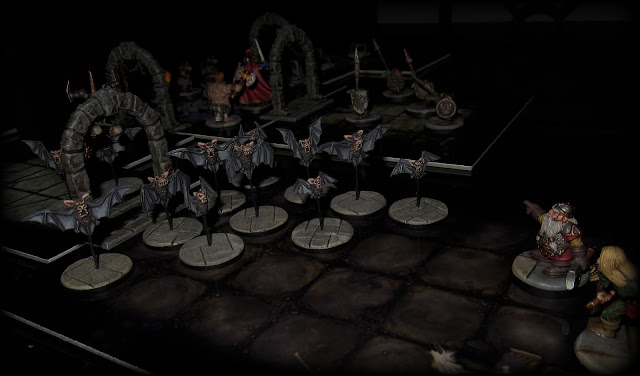 these are only little critters, but was nice to get them ticked off the list.

and then i was able to move onto 6 goblin archers 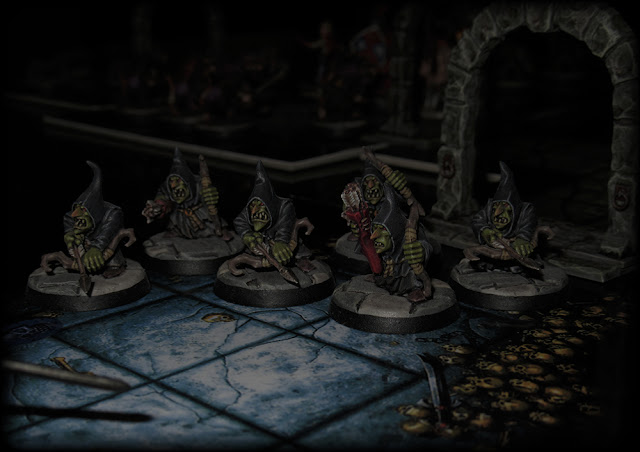 i was really happy how these turned out, as i had attempted a newer variation of my greenskins tone as i wanted to add a little more vibrance to the skintones on these guys due to the relative darkness of the robes.

and i will almost be ready to play our first ever dungeon run through. i am currently fighting back the urge to play with an unpainted set...the temptation is high. but once i have based my minotaurs...we could essentially just play. which is kinda exciting given all of the effort that has gone into this so far.

anyways hope you are all keeping safe,
cheers
Posted by AmpersandDI at 14:15