whilst i have been busy making the core set for Warhammer Quest, in true 'me' fashion, i cannot help but do something extra. this is maybe linked to my loathing of working on units and the monotonous rinsing of the same things over and over. however it is nice to break this up with some variety. and having the option to use more warrior options when i do finally complete the base set isn't a bad option to have at all. so i have a trollslayer up and ready to go. i also have a witch hunter floating around for the next monotony breaking opportunity too.

but this guy i completed a few weeks back and i am not too happy with him in all honesty,  main reason for this being that i had to buy some new army painter anti shine...and well....its kinda shiny!
shit huh? 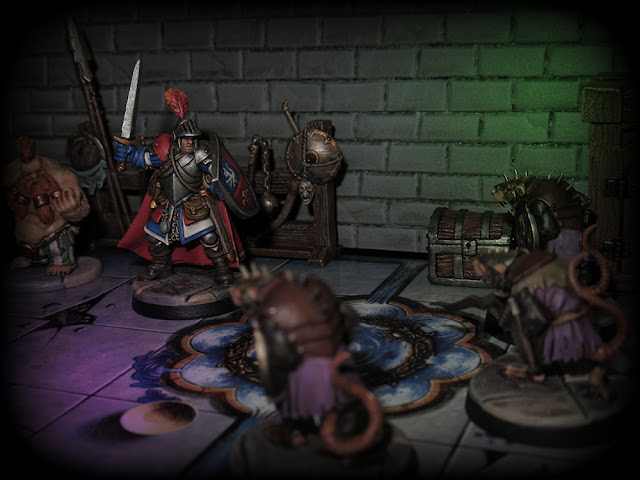 first up i tried the spray can i had left around which was kicking out white speckles. the can had clearly had its day and was no longer of any use.
and then i had to use a firm stippling brush to try and scrape the white flecks off the model without damaging the paint job too much. and the brush on anti shine i attempted to use to fix this wasnt much cop either. so when you have painted a model and it ends up getting ruined at the end you can either get it as best a possible. or strip it all and start again. obviously going with the first option here, it wasnt all doom and gloom.

i wanted to remove the idea of a quintessential questing knight, choosing instead to go for a more of a struggling jobber of a knight.
slightly unshaven, slightly damaged armour and such making him a perfect up and coming of age knight as opposed to a classic knight in shining armour. 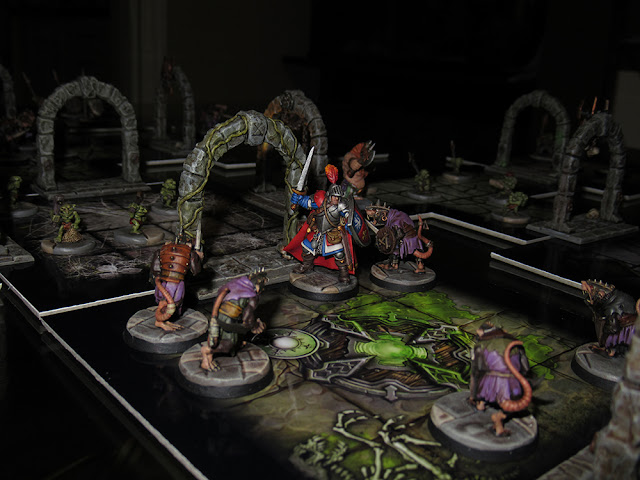 however my anti shine had slightly different ideas on that! haha

another thing i want to do different with all of my warriors for this game..i want to show their faces. whilst i am fully aware warriors will die left right and centre. i don't want them to die as faceless heroes.

so this guy is made from reaper miniatures Baran Blacktree, whom seemed to fit the mould perfectly for what i wanted to achieve. All i have done here that is different is that I sculpted a a plume to his helmet to give that more bretonnian look. 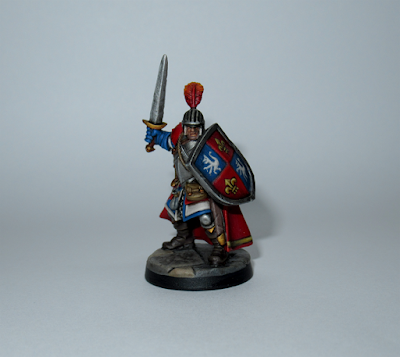 also opting for a similar colour scheme to the original. you have to excuse the freehand on the shield. this is another one of the reasons i wasnt too happy how this guy turned out.
along witht he fact i should of painted him without his shield arm. because no matter how hard i tried. i couldnt get any good direct contact with my paint brush onto the left of his face. 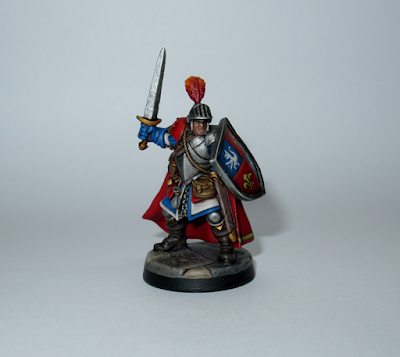 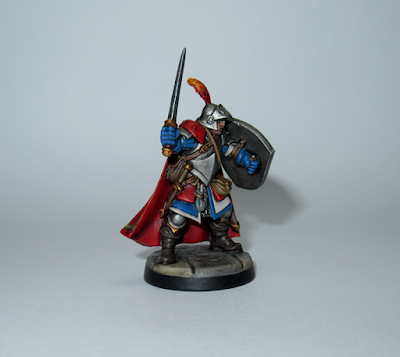 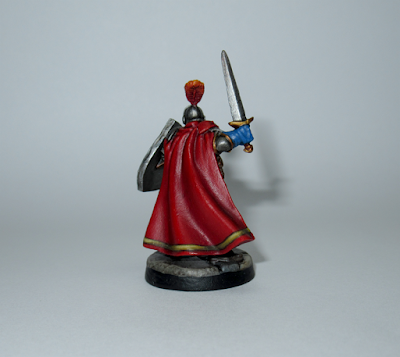 that lame anti shine really shows up on the cloak of this guy. maybe one day they will change the formula back to actual matt finish and i can fix him? 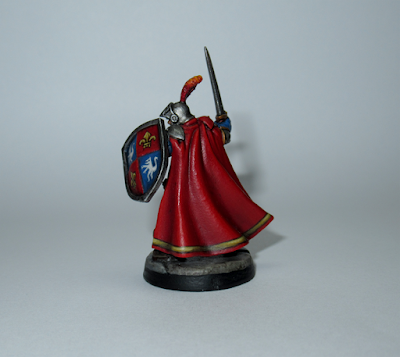 regardless. something cool for me to sink my teeth into. and i'm cooking up loads of ideas on what i want to do for the warriors already
i have a very distinct and different idea for the pit fighter
and i am pretty confident the witch hunter is also going to turn out good.
i want to replace the wizard with a new one and have seen plenty of options floating around.
same goes for the elf and dwarf, of which being the only man in the house. i may well have to be making some female options to boot.