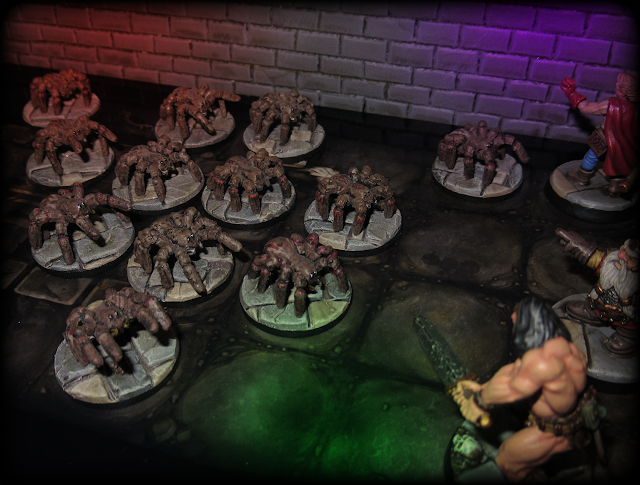 so spiders, i had a little problem with spiders for my recreation.
if you have read any of my previous posts you will see i set about making my own, for various reasons.

i kinda liked the original ones from the game, but wasn't keen on the mono-pose on them.
didn't want to pay Ebay prices.
the ones on the market just didn't fit what i wanted.

so in classic fashion...."I'll make my own"
but who wants to make 12 different spiders? from my previous posts it might be easy to gather i don't like units or large numbers of things at all...painting....even less sculpting.

so how could i go about it?
well i sculpted a spider with a wireframe skeleton. with the intention i could replicate the skeleton and case the outer body for the purpose if replicating, and this would then allow me to repose to move away from the mono-pose option. so that was my first attempt...i say this because the sculpt wasn't yet completed. and i wanted to see if the idea would work first and foremost.

i wanted to find the right method for recasting that allowed me to put a wireframe inside, there was only 1 option here, and the sole reason i ended up buying some bluestuff too, however this bluestuff has come in mighty handy already for replication if simple shapes, but a spider? Of course the casting involved a flattened out spider, i needed to find the right material to use too.
needless to say i made about 4 spiders that ended up in the bin.
first my wire was too strong which didn't help with the posing.
i used an epoxy first which managed to capture all of the detail perfectly. but was also too brittle for the repose.
i ended up back with old Greenstuff...it lost a little detail. but its still relatively flexible when cure and allowed me to kick out my first spider...not perfect. but it was the first.

as you can see the one in white was the only epoxy spider that ended up being used. and you can see how it captured the bristles better than the green stuff. however the green stuff just held up better for this purpose.
needless to say. these weren't perfect, and i was never expecting them to end up looking perfect either.
however i wasn't too fussed about this. i was making something i could be appeased with.
i was happy with the scale, they ended up coming out a little cuter than expected, but hey 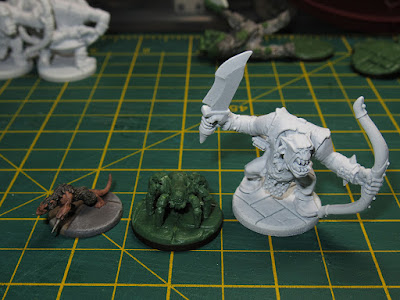 so... before i progressed i noticed some of the legs were a little chunky and some were longer than others, so i re-sculpted the bottoms of the legs so they were a little more slim lined and all the right length.
and on i went doing 2 spiders a day for the next week or so.
they didn't come out great. some were better than others, and some needed a little bit of carving or re-sculpting on certain areas that didn't take too well.
but regardless. they are not completed. and im pretty happy to be able to chalk another set of critters off my list.
i kinda painted them pretty muted, with autumn around the corner i was thinking more 'those nasty looking buggers you see webbing up your privet' as opposed to bright fantasy colours. i also figured this would help the not so great sculpts not stand out too much, they are what they are and they serve their purpose, and im happy with that :) 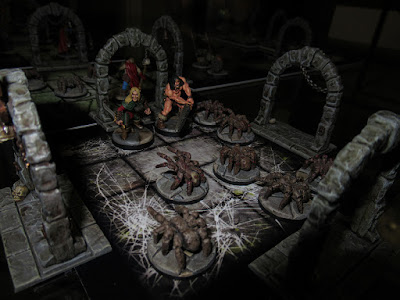 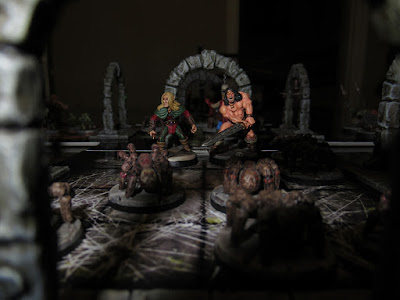 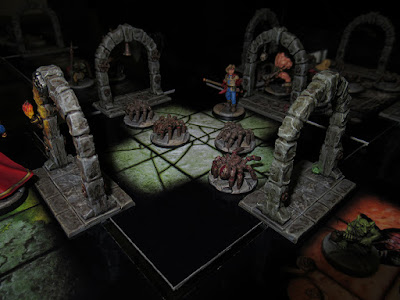 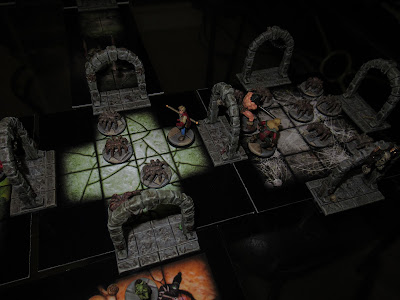 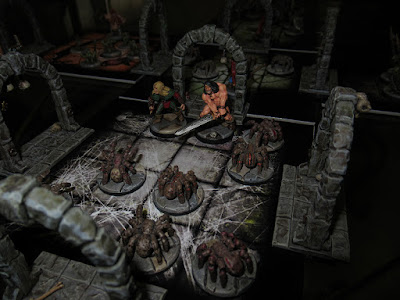 oh and instead of looking to buy a binding machine for over 100 quid i realised my local trusty printers also did allsorts of binding too. i kept it simple. for a nice and easy £4.25 all 3 books from the base game are now completed too 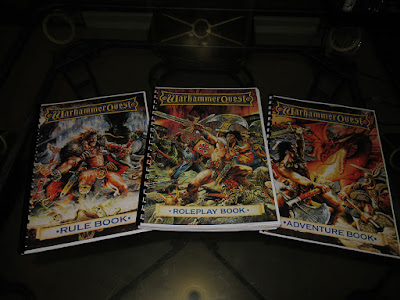